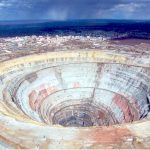 This mine is one of the most impressive places on eath. It is 525m deep hole in the ground and 1200m wide. The Mine is an abandoned open pit diamond mine located in Mirny, Eastern Siberia. It was the first and one of the largest diamond pipes of the USSR. Mir Mine was discovered on June 13, 1955 by Soviet geologists Yuri Khabardin, Ekaterina Elagina and V.Avdeenko during the large Amakinsky Expedition in Yakut ASSR. It was operated for almost 50 years, finally closing on April 30, 2004. Mir Mine gave out 2 million carats annually. It takes trucks close to 2 hours to drive from the bottom to the top. The suction above the hole resulted in several helicopter crashes, so all flight above the hole is prohibited now. 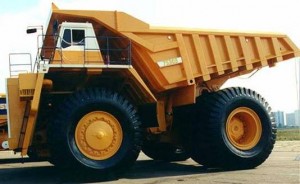 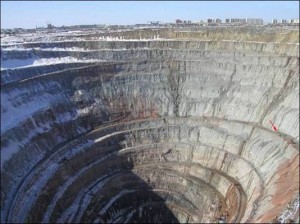 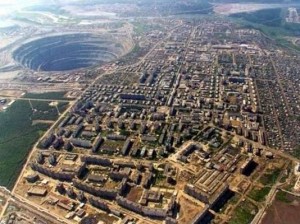 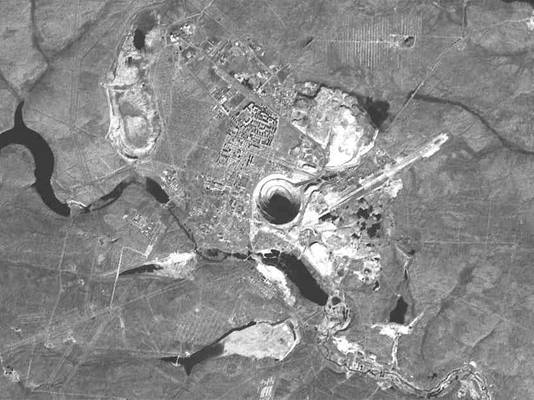 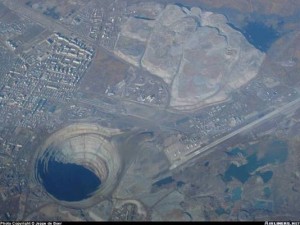 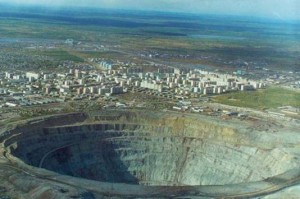 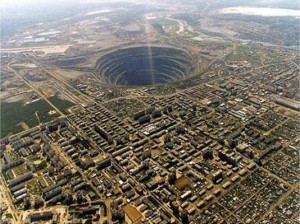