Due to flash floods during the monsoon rain season, Antelope Canyon can be visited only with guided tours, mostly because of incident in August of 1997, where the flash flood killed eleven tourists in Lower Antelope Canyon. 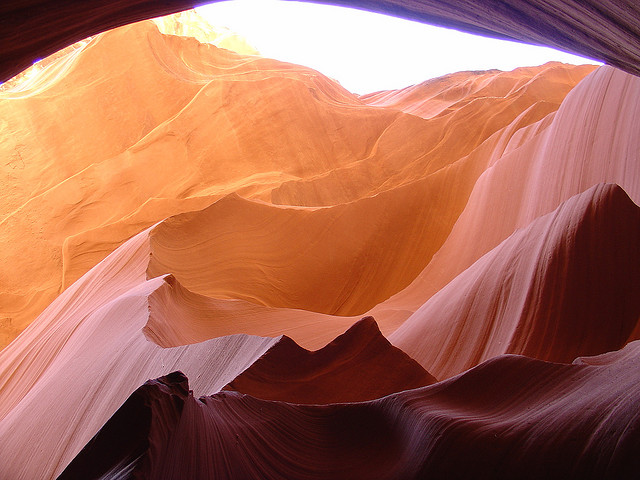 Tsé bighánílíní Navajo name for the Upper Antelope Canyon means “the place where water runs through rocks” and it is more visited than Lower Antelope Canyon. First reason is the fact that the entrance and whole length are at ground level, which does not require climbing. Beside that, the beams are more often in the Upper than in the Lower part of the canyon. 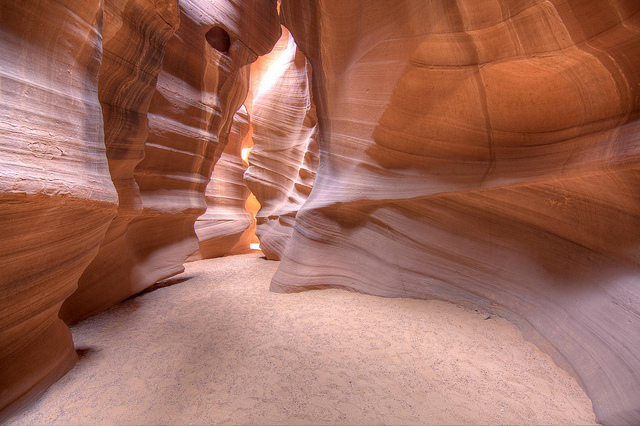 Canyon special spice are beams of light hitting through the cracks. Place is a virtually heaven for photographers. The beams are the most common in the summer, and they require that sun is high in the sky. The beams are beginning to peak into the Canyon on March and disappear on October every year. 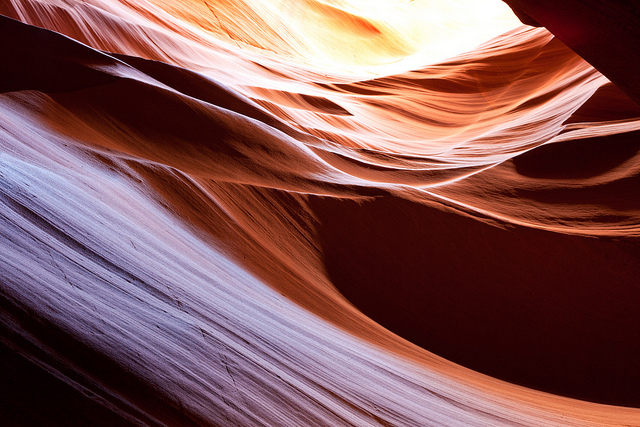 Lower Antelope Canyon called by the Navajo “spiral rock arches”, located few kilometers away requires climbing during the visit, even ladders and metal stairways are preinstalled on many places. It is much longer, narrower and the footing is not possible in all parts. Even there are certain limitations to the visit of the Lower Canyon there are many photographers which are attracted to this part of Canyon. The beams here are better in the early hours and in the afternoon. 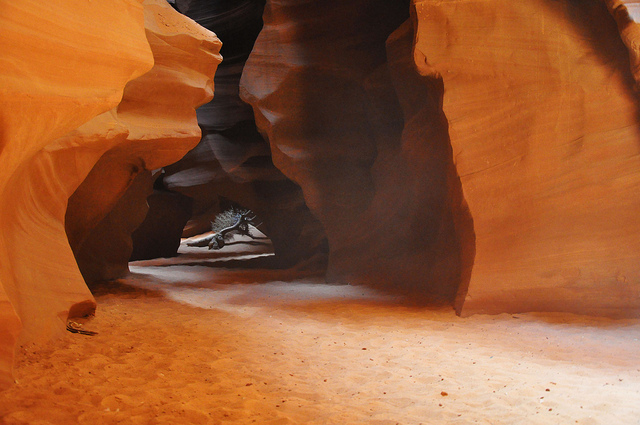