Barbados is small island country in Antilles. It is only 34 km long and 23 wide. Some of the best sand beaches are located here. Barbados has over 100 km of sandy beaches, actually almost all beaches are made from fine sand. Scenery on each is special story and whichever you choose, you will not be disappointed. Country has ~284 000 people where most of them live near and in capital Bridgetown.

Due to its location of outer hurricane belt, which means hurricanes are very rare here, tourism is very developed with hundreds of excellent hotels, villas and apartments for rent.
Tourist season last from January to June, rest of the year is too rainy…

Barbados southern and west coast lay on the Caribbean Sea, and are most known for their rose and white sandy beaches near the light blue sea. East coast lay on Atlantic sea, water is much wilder here and because of it this is favorite location for surfers.

This is another beach near the Bridgetown. It’s kilometer and a half long beach starting from the Carlisle Bay and ending in Bridgetown. Beach is divided into various sections… 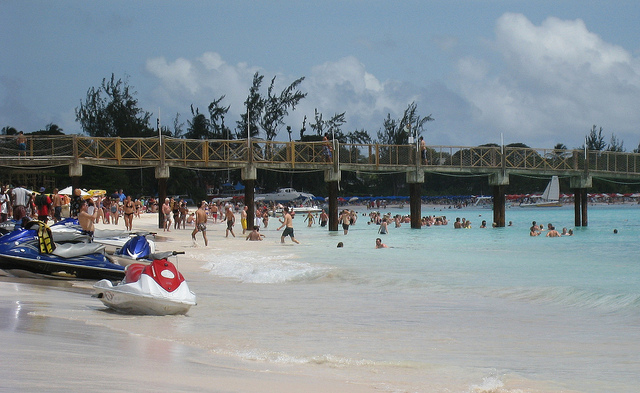 Accra Beach is amazing beach located on south coast. Accra is especially known for surfing and swimming areas. Rumors say that you can spot Rihanna here. 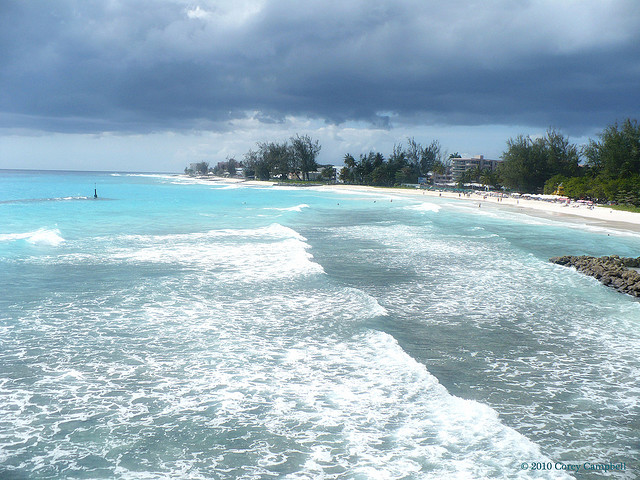 Dover Beach is another fascinating beach on south coast. It has bunch of following facilities and restaurants near by which brings in additional value. Dover Beach is fairly popular and it can get crowded in the season. 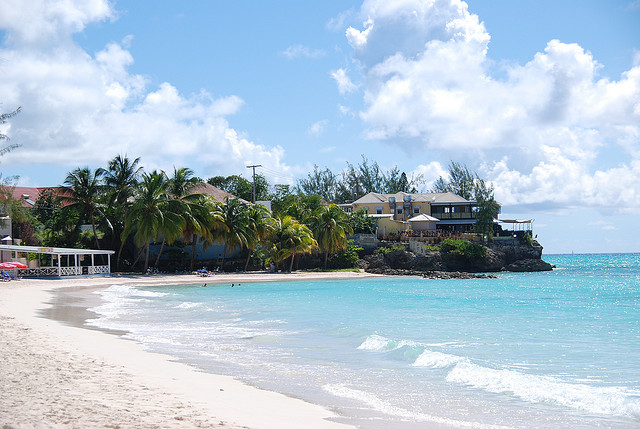 Sandy Lane Beach is a located at west coast. Beach name originated from the Sandy Lane hotel nearby. Crystal clear water and white sand are main attributes of this beach. As hotel is very famous in the USA and since it is offered as elite destination by many travel agencies you can meet here many famous persons… 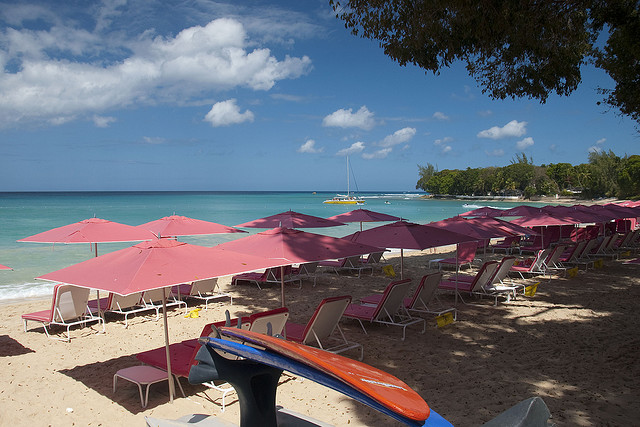 Some people claim that Crane Beach was the best beach on Barbados and it often is being elected to top 10 best world beaches by many travel magazines and catalogues. In past, it was a harbor and big crane for getting in and out cargo, lay above the beach, hence the name Crane Beach. Waves are big and strong on this beach and swimming is usually done in the small bay on the left side of the beach. 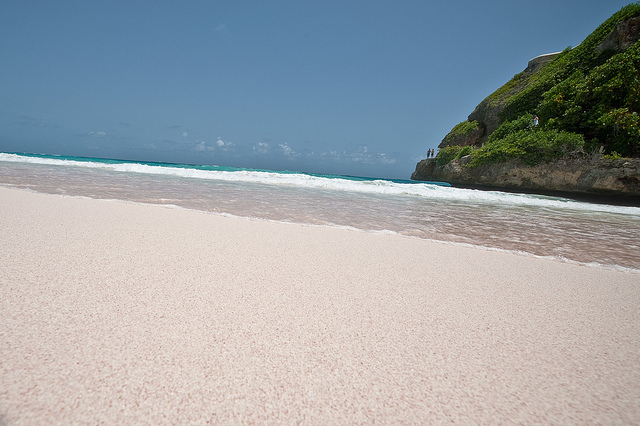 Church Point is a small and protected beach with calm and clear waters. Because of this it is very suitable for snorkeling. 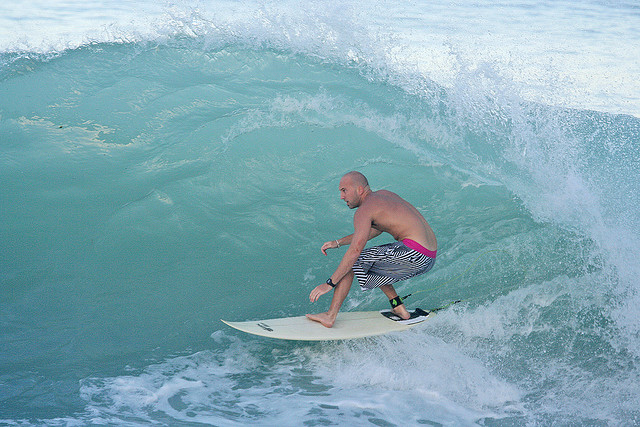 Bottom Bay can proud itself by crystal clear water and perfectly white sand with enough palms where you can hide from the sun if needed. In certain periods of tourist season you can happen to be alone here…

Cattlewash Beach is the longest beach of Barbados. It is as Bottom Bay often deserted and you can feel as Robinson Crusoe. Due to lack of people you should be careful when swimming since there are many unexpected currents around… 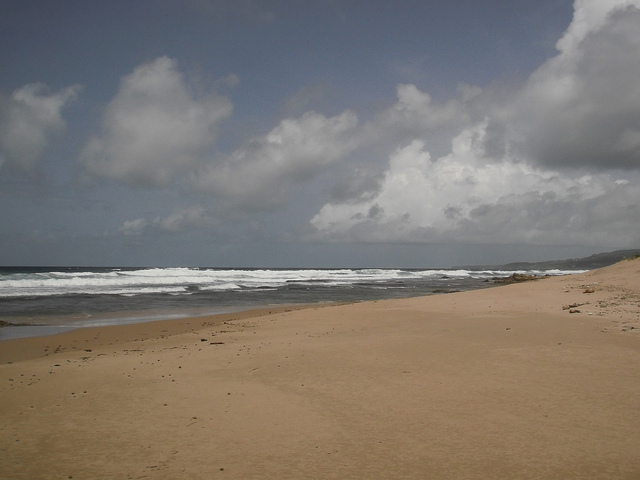 Mullins Beach is located in Mullins Bay. It is very popular place with plenty of supporting objects like parking places, cafes and restaurants… 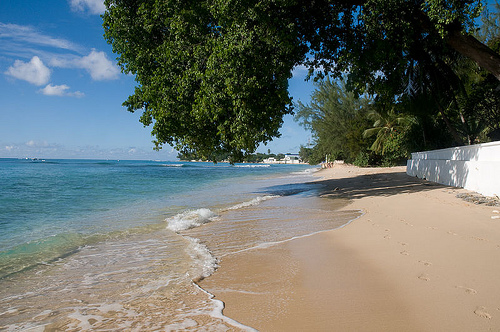 These are the only some of the beaches. There are hundreds and hundreds of similar beaches on Barbados and it is hard to say which ones are the best… Some places not mentioned here are Brighton/Brandon Beach, Bath Beach, Rocky Beach, Silver Beach, Harrismith Beach and many more…